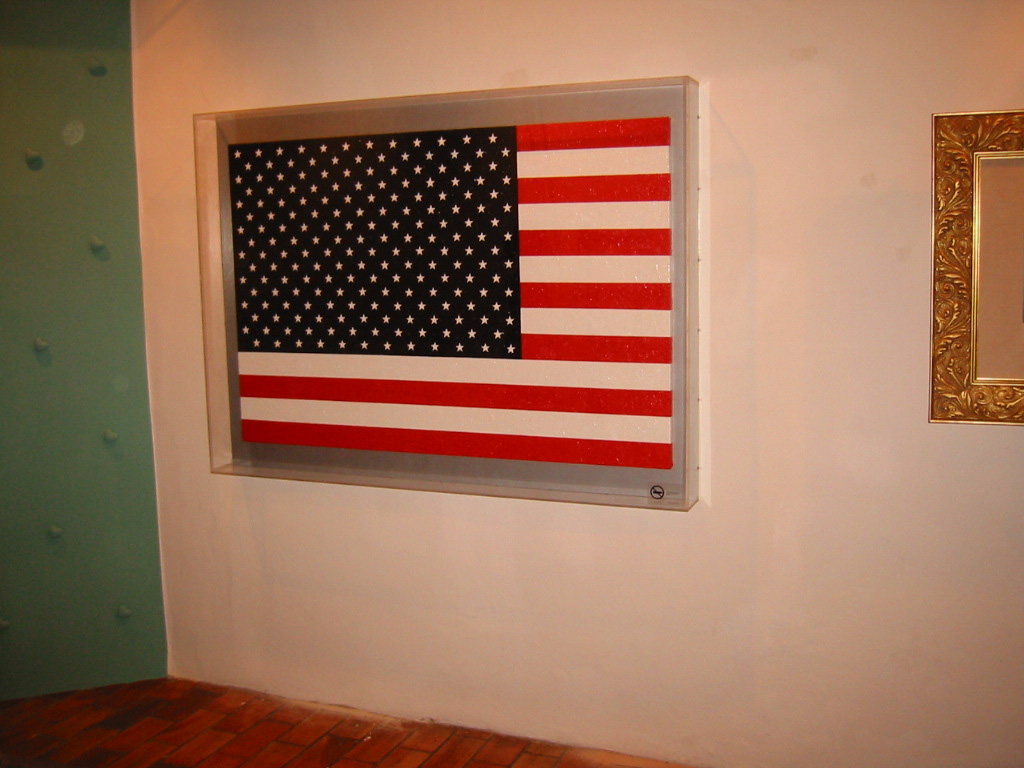 The update of Jasper Johns pop art painting “The Flag” in the year 2001 is set up in new geopolitical moment in which “unification” of the world is becoming more and more the matter of fact. It is not an anti globalist provocation but rather the pop art object that shows the role of pop in politics. The painting is protected under the bullet proof glass.

At the group show Shock Society in Finžgarjeva Gallery in Ljubljan,a the painting was censured by the Church authorities that covered the painting with a sheet. Mladina magazine reported about the incident in article Church Censorship by Iztok Klemenčič

Collaboration with Michael Rakowitz and Aksioma-Institute for Contemporay Art, Ljubljana, 2004 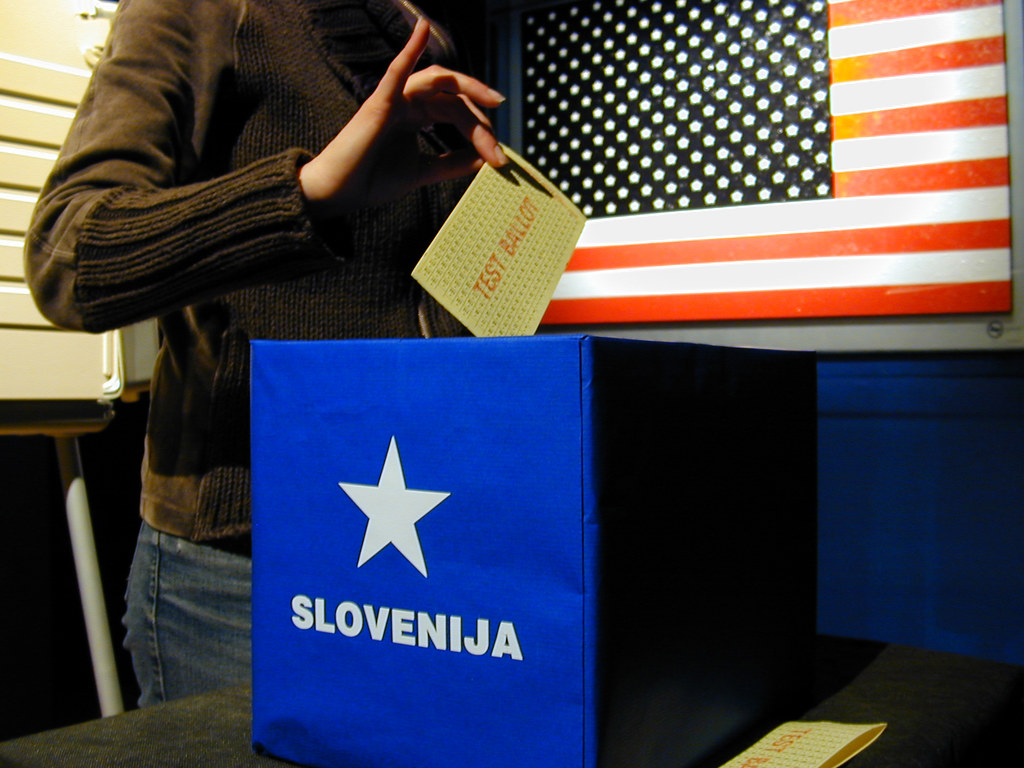 In 2004 the painting was part of Michael Rakowitz project TEST BALLOT– Examining the Faulty Machinery of Democracy in organization of Aksioma-Institute for Contemporary Art, Ljubljana. Rakowitz organized parallel elections for the US president in Europe.