As a machine built out of computer parts recycled from the ever-growing electronic junkyards, the robot (B) also bears an environmental consciousness for a world dominated by the ideology of endless development. Moreover, the robot (C) advocates the concepts of open source and do-it-yourself tactics and their consequences for social action, by allowing people to freely make their own copy of the robot. Anyone interested in obtaining the instructions of how to build their own robot replica can leave a contact with the robot, or go to the artist’s website. 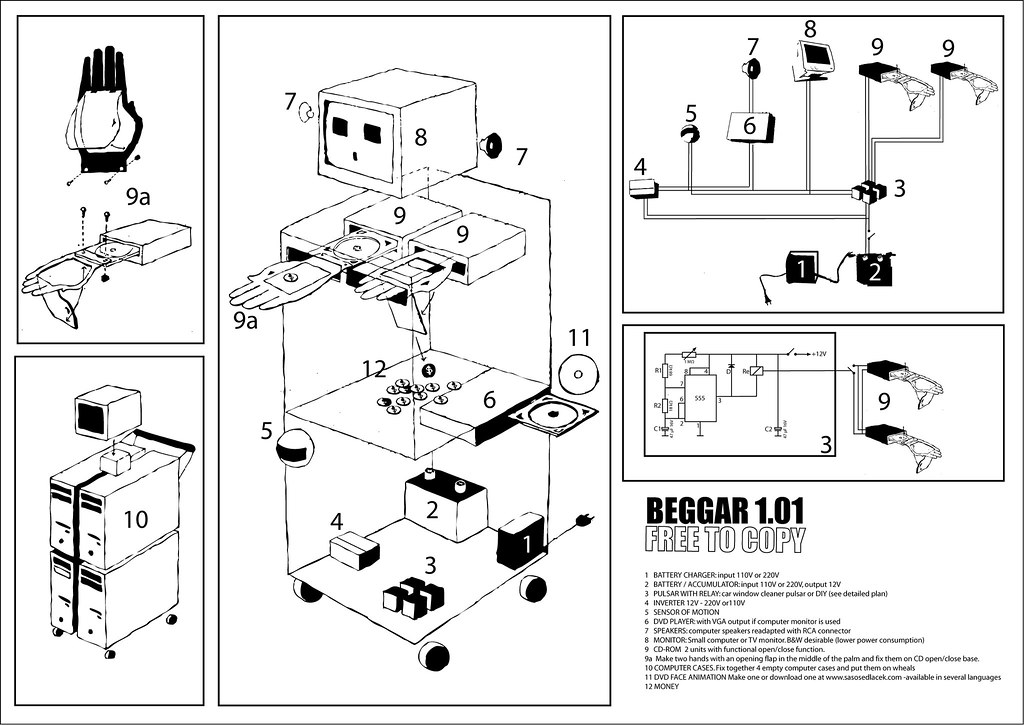 Make your own robot (DIY Instrcutions)

Beggar Robots made by others following the DIY Instructions. The two examples bellow show a Robotino Mendicante made in Milano and Beggar robot made in Luxemburg. 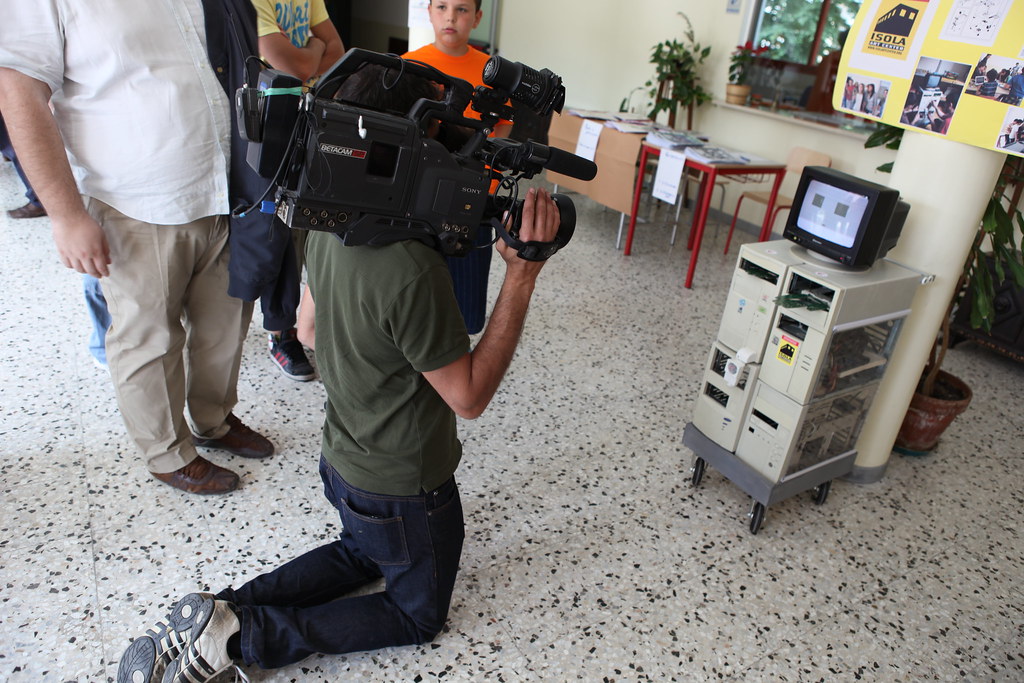 Robottino Mendicante. Following the instructions, ISOLA Art Centre and the students at the Rosa Giovane high school in Milan assembled their own robot and presented it in the streets of Milan.Photo: Bert Theis & Mariette Schiltz, 2010 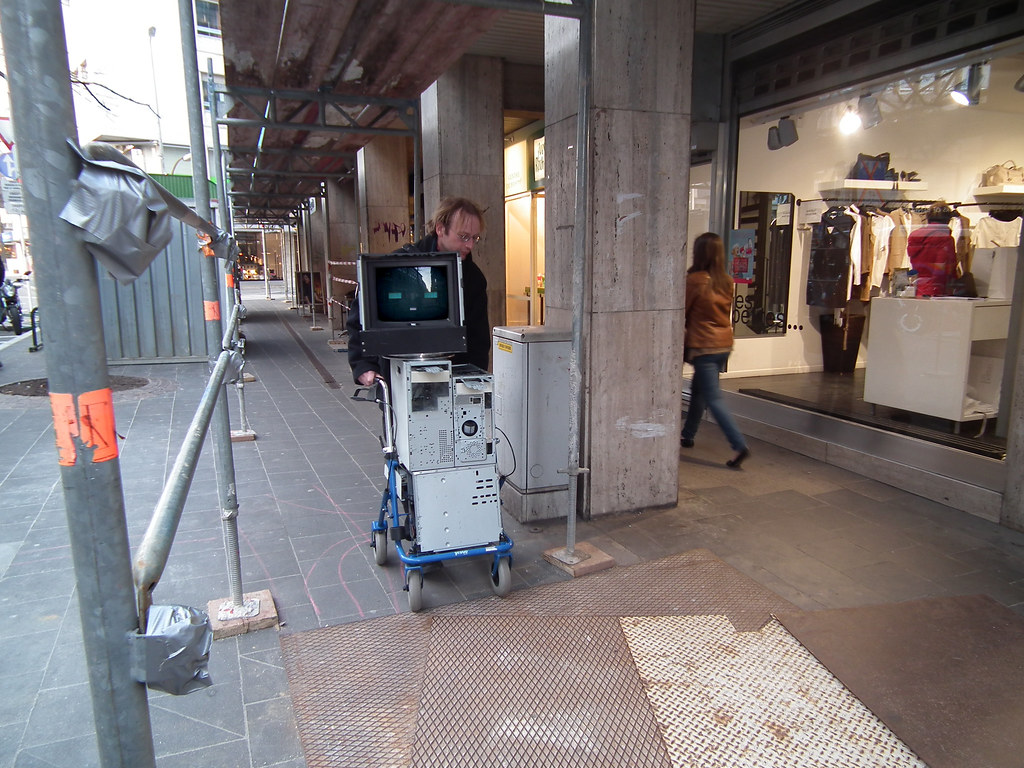 OTHER EXAMPLES AND SITUATIONS OF THE BEGGAR ROBOT:

Documentary video about the problem of begging for money. Artist rented the Beggar Robot to the real beggars that could use the machine to do the dirty work of collecting money instead of them. Because of the symbolist –aesthetic categories of the robot it has advantages compared with human beggar, because it can enter into spaces that are off limit to real beggars. But video doesn’t shows only problems of certain groups of people that exist on the margins of society- robot also presents a strategy of improvement of beggar conditions, higher efficiency, higher viability, essentially it shows the problems of modern society, that concern everyone not just beggars.