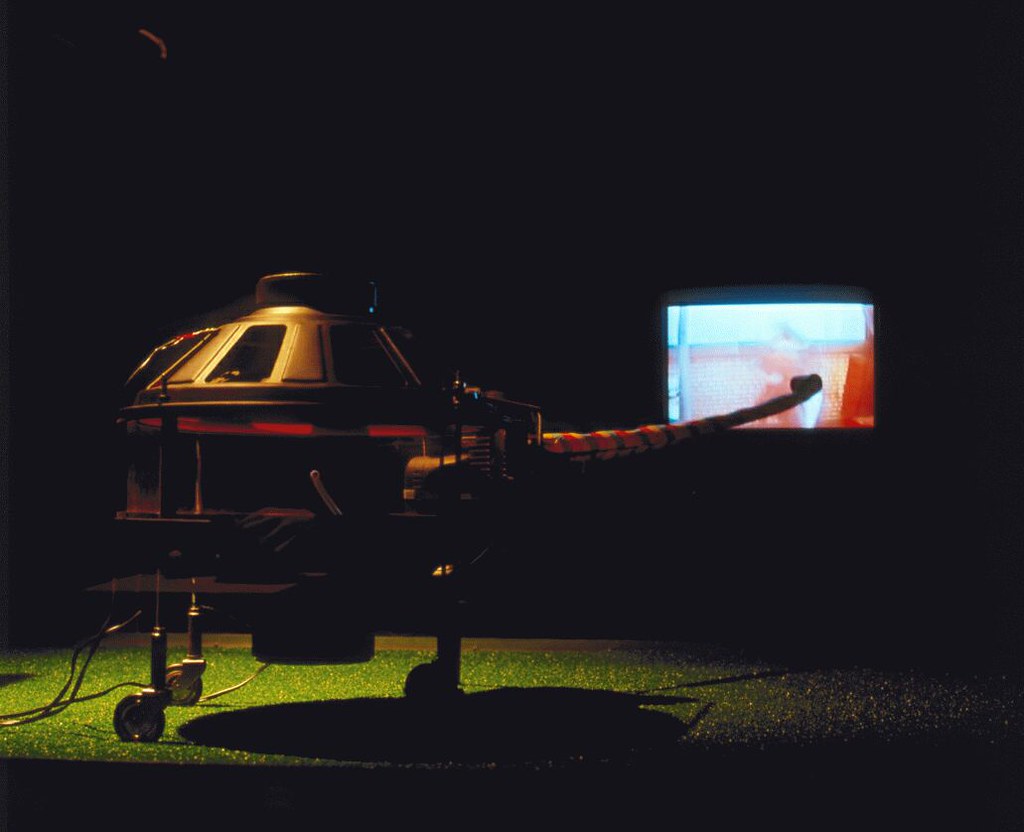 Project is a computer based installation that attempts to recreate the behavioural pattern typical of institutional systems and tries to analyse them in accordance with their constituent elements and incorporates organic and inorganic life in a systematic, life-like process. It establishes a hierarchical relationship between the system and the individual in the form of a food chain. It is an utopistic programme of reality in which an individual is incorporated as one element in the endless chain of demand and supply.

A visitor to the virtual system Biotope Condition may learn how the system functions by having a walk through the virtual gallery. In order to function properly, the system needs a visitor who, by means of interaction, triggers signals that move the tongue of the mechanic limb toward TV screen where insects are stored and enables the computer system to get the food.

The computer- generated system, whose central icon is the chameleon, plays the role of the predator in Biotope Condition, while chains on the television screen stand for insects. In the video called Meeting, the Russian Ilya Kabakov represents insects and the Flemish Belgian Jan Fabre dressed as a fly and a beetle. They offer themselves as food, which the mechanical limb connected to the computer tries to devour.