Theme of this public action is a problem with aggressive direct advertising with printed propaganda materials that are being sent to our letterboxes by big shopping moles. These printed materials are pollution of our consumer society and can be placed in so-called ?white noise?. This aggressive advertising was through the process of recycling brought to another meaning that sees paper waste as cheep building material in the form of paper bricks.
Paraphrasing the Nike?s global advertising campaign ?Just do it!? it called for direct action of recycling and was understand as demonstration toward not enough imaginative use of paper, which is already in the method of usage understood as waste.

The other view of recycling and problematic violence of direct advertising is direct resistance, where metaphorically closure of the entrances to the shopping moles is a gesture that shows that people are sensitive for the fact that consumer mechanisms are seeing and treating us through numbers and depersonalised target groups.

The project was realized in three following phases: 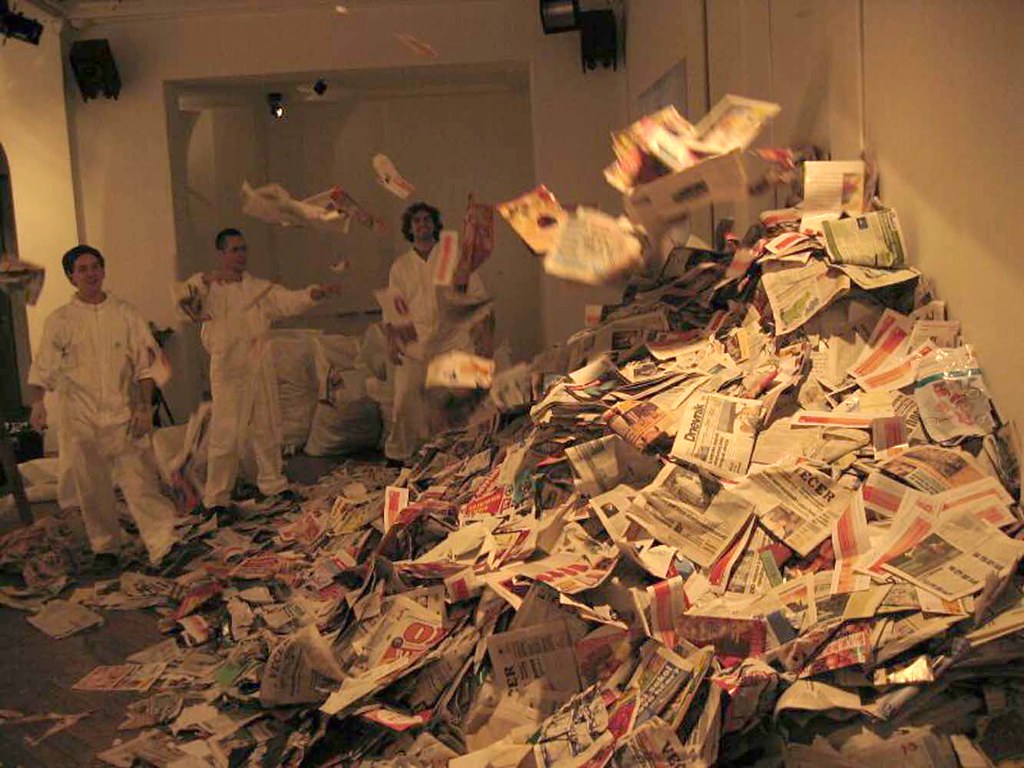 1. Recycling of printed propaganda materials and making of the paper bricks in Kapelica Gallery 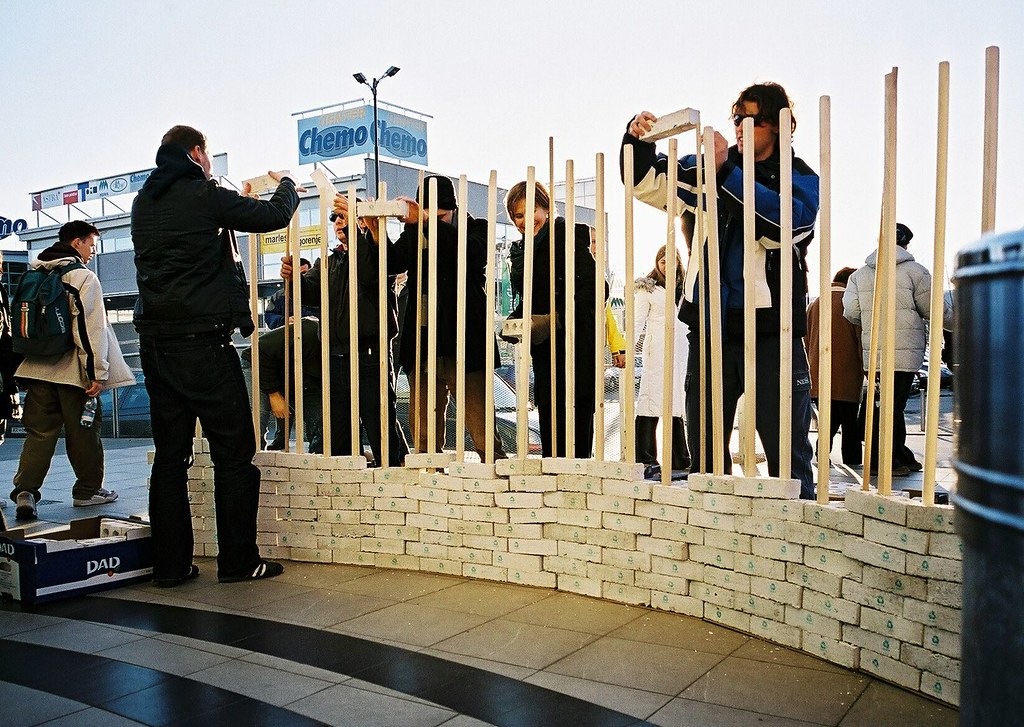 2. Public actions with closure of the entrances to the shopping moles with recycled paper bricks 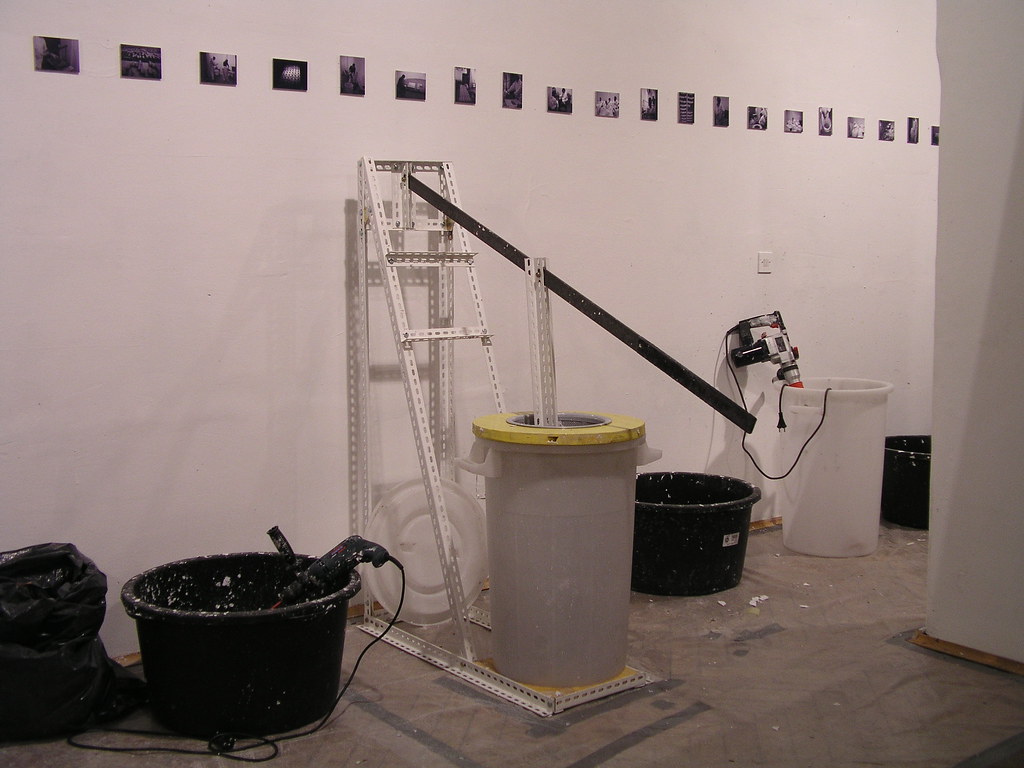 3. Closing exhibition of the project in Kapelica Gallery