I have invited some friends, mostly artists, on a picnic that held place on rubbish dump. I thought that socialising in such extreme environment would be a nice experience and potentially creative.Despite the informal character of the meeting the whole picnic turned into a hyper active public art action. Probably because of the nasty smells that are caused by decaying trash and the methane that derivates from it. Everyone started doing something around, just to divert him or herself from the stink. Despite nasty smells on location the dump turned out to be actually quite a nice spot, just outside the capital city from where you can see the whole valley and the surrounding hills. 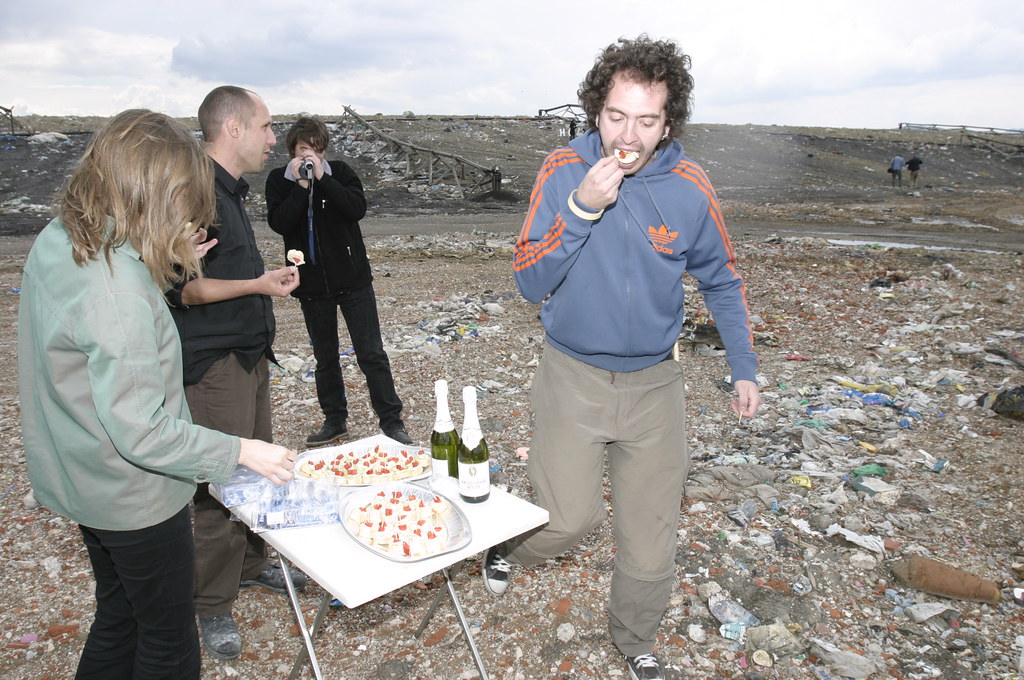 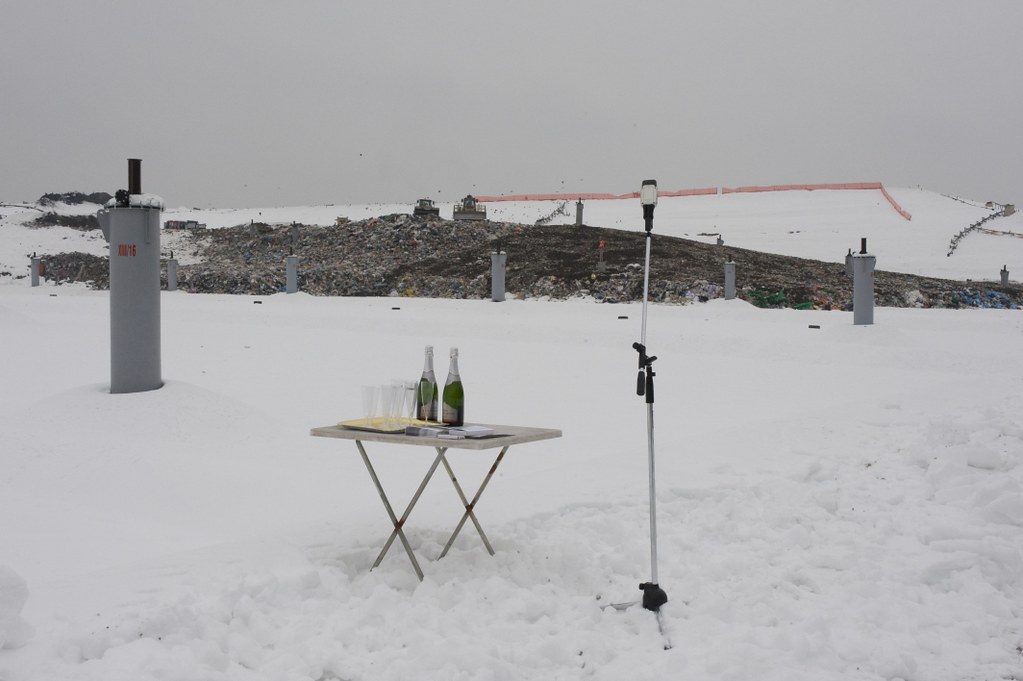