video and objects, 2005. In collaboration with Lada Cerar 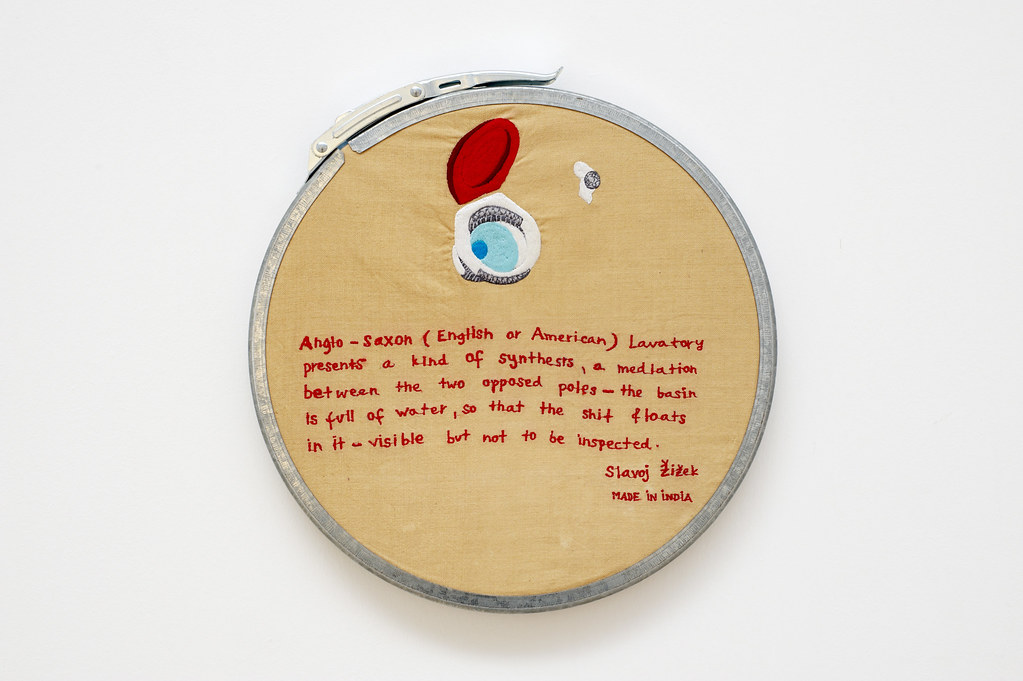 When traveling, lavatories are in the same way as continental breakfasts one of luxuriates or goods of the twentieth century in hygienic sense and the toilets are its ubiquitous icons. Slovenian philosopher Slavoj Žižek wrote about multitude of the lavatory types exposing German, French and Anglo-Saxon toilet and how these different types of shit disposals characterizes the national character.

Because we traveled from Europe to India the toilets changed by the way according to different national characters as Žižek said and by the time we arrived in India we found them all, even more, we also found Indian squat toilet and Euro Indian lavatory. The final number of the different types of lavatories that we encounter was five. We decided to manufacture the needlework sketches of all the types of lavatories in India, where the labour is cheap and import them back to Europe.