Video of the the first aircraft carrier test, Gallery Kapelica, 2009

The experiment that provokes, at amateur level, and also with a certain dose of irony, the space programs, both those mainstream and other alternative and private. The experiment appears to be successful, the launch of origami planes with the use of mobile technology is successful, but there is still the obvious absurdity present in the process itself. 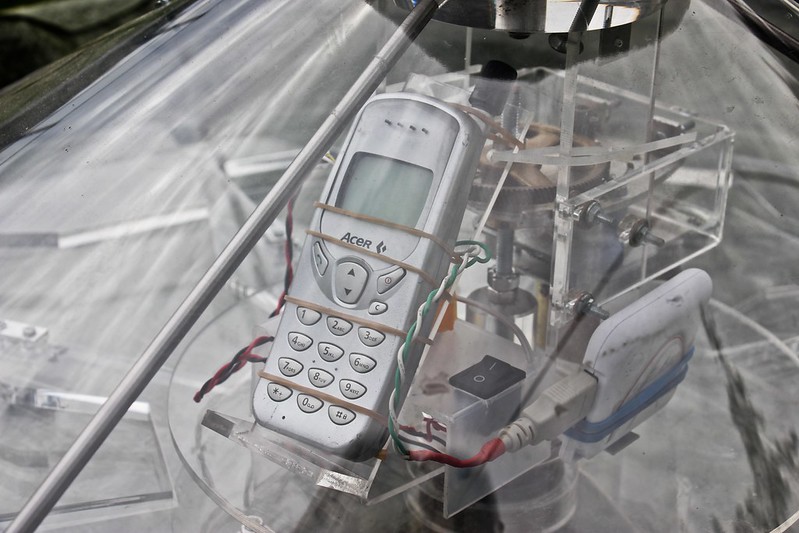 The presentation of Origami Space Race at AND Festival, Grizdale Forest, UK, 2015

Origami Space Race is a project concerned with the launch of alternative space programs based on open source strategies. Its objective is to reflect on the current approaches in space industry and turn them around, to promote ecological technologies, and to make space more open and accessible.

The project competes in the manufacture of origami aircrafts capable of launching from space and landing on Earth. The race pits Japanese scientists working under the auspices of the Japanese space agency JAXA to develop a model origami aircraft that they plan to launch from the International Space Station, against the open source origami airplane OSA. In addition to being a competitor of the Japanese aircraft, OSA embodies the exploration of the multitude of alternatives to the traditional approach to space exploration. The project signifies the possible application of origami constructions and new generations of ecological ultra light aircrafts. Solutions developed for extreme conditions in space could become a model for a technological revolution on Earth. 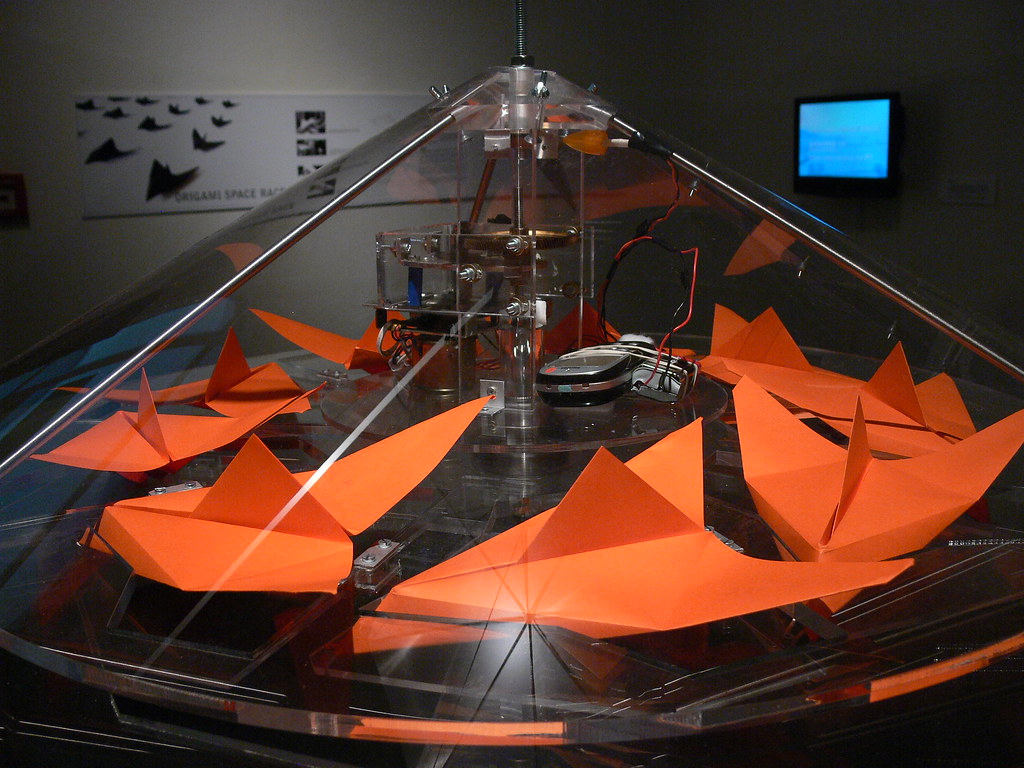 Over the past fifty years, military and national as well as scientific and technological interests in space, underpinned as they are by competition and profit, have combined with immense technological development to leave indelible archeological traces of human activity in the Earth’s orbits. Decommissioned satellites and other space junk face humanity with an ecological and ethical fact: we have to solve the problem of responsibility and ownership of this space junkyard. 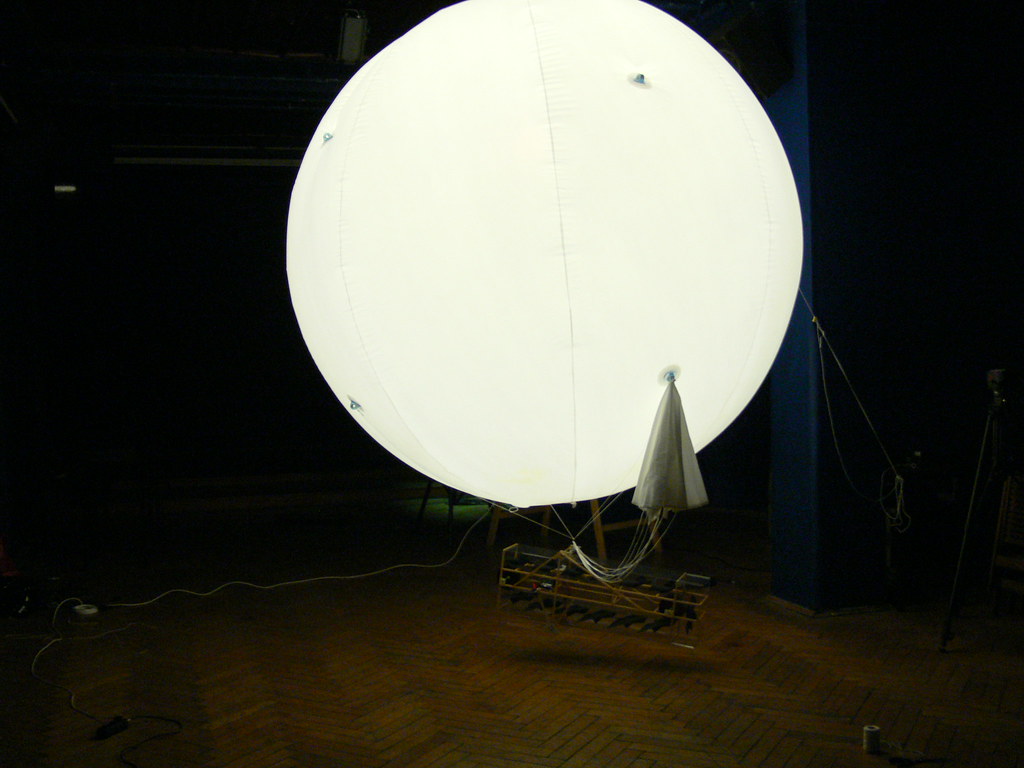 Assembling the first aircraft carrier at Kapelica gallery and at Ars Electronica Linz, 2008.

Instead of perceiving space as an opportunity for collaboration, as a new territory offering humanity an opportunity to unite against the truly unknown and alien, all too often we perceive it as a projection of previously seen mistakes from Earth. Space must become an open platform not only for technological innovation but for new global ethical standards. Open source strategies in computer science and in other fields where information exchange is crucial are proving to be an equal, if not better, substitute for the neoliberal concept based on competition and ownership. 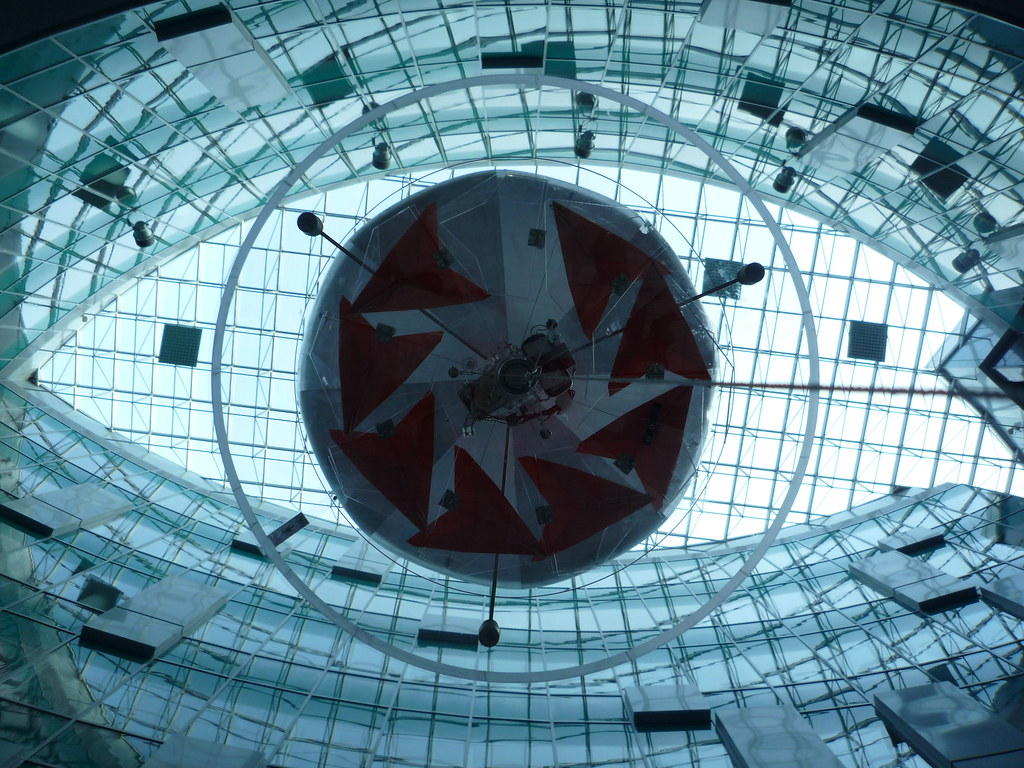 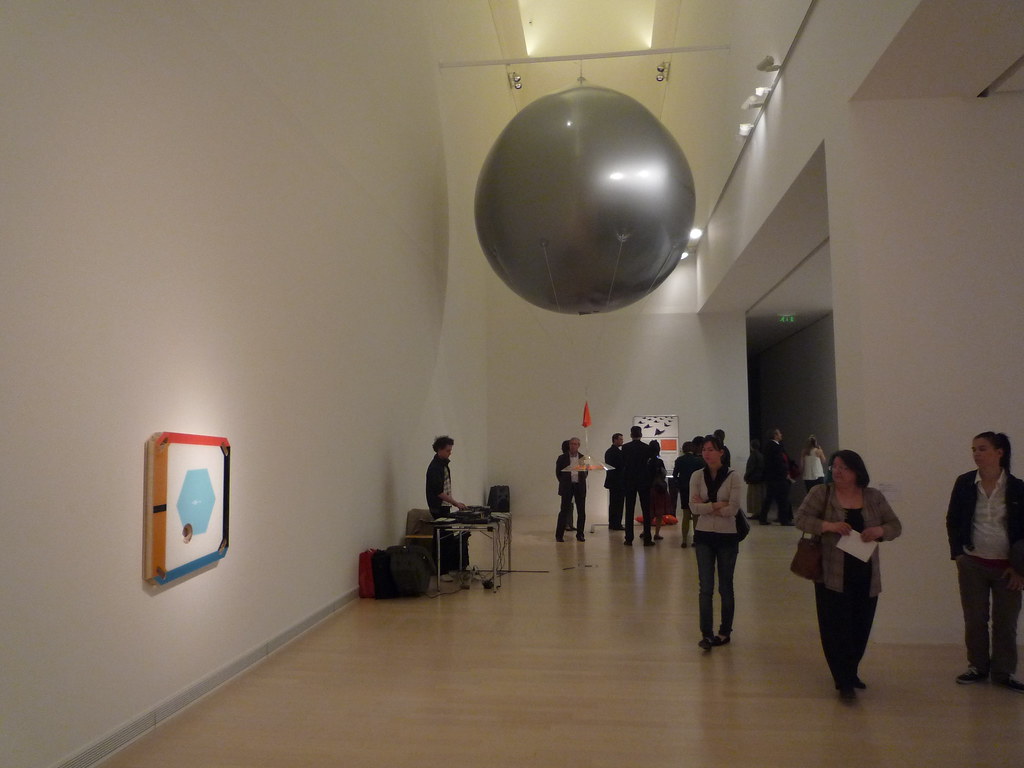 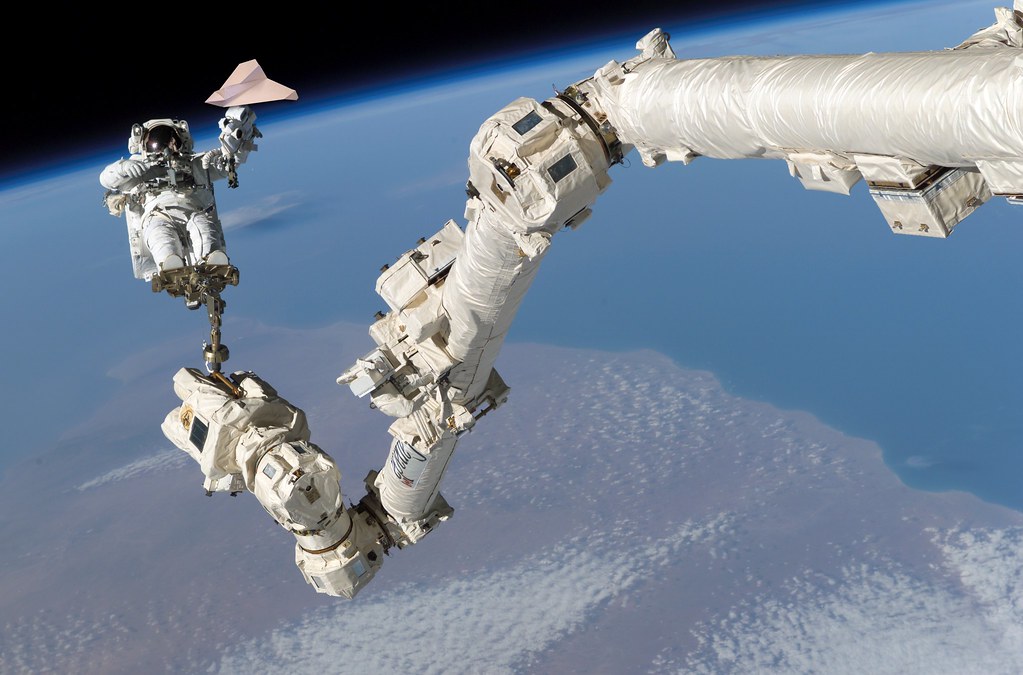